AP Testing Changed Due to COVID-19

As the end of the school year rolls around, this means a lot of different things for high school students. For AP students specifically, it’s time to really start studying and preparing for the AP test they have been working toward all year long.

This year, due to COVID-19, many schools closed, which initially brought many questions to AP students’ heads: What about the AP test? Is there still going to be AP testing?

“I have mixed feelings. The tests will be different, and I like having less content to cover, but the new schedule puts my AP tests three days in a row,” said junior David Bartlett. He takes AP calculus A/B, AP literature and composition, AP U.S. government, and AP seminar.

Not long after schools announced they were closing, College Board quickly put out information on what would be happening with AP testing- saying yes, it was still in motion. But, instead of testing at school, with proctors, it would be at home which concerned some students.

“Personally, I don’t know if it’s fair. I know a lot of people who were counting on the multiple-choice questions for points, so this is going to be a challenge for those who don’t do well with writing,” said senior Skylar Small. “I think it will reflect what I’ve learned because I take the writing very seriously and it is what I have spent the most practicing. However, for the ones who didn’t take the writing seriously until we started eLearning, it won’t reflect what they know.” She takes AP literature and composition and AP psychology.

I have mixed feelings.”

Although students worry about the likes of others cheating, College Board is not. Putting out a statement that students will have to confirm identity, provide their work to their teachers afterwards, and that plagiarism detection software would be in use.

“I think I’ll do well (on the test) but I’m not sure if I’ll do better than what I would have,” said Small.

This test would consist of one or two free response questions, each timed separately. Students will have two windows to take their test, May 11-22 or June 1-5.

Even with all of these changes, students are persevering and working hard to get a good score for their test.

“My teachers are prepping us as much as they can with FRQ practices and just working on our writing skills,” Small said. “I haven’t done much outside of class work because the class is supposed to prepare us for the test.I want to score at least a three for college credit. It would help bring the cost of my college tuition down.”

If you want a picture to show with your comment, go get a gravatar. 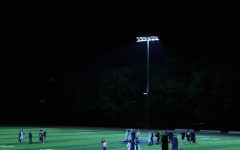 Lights on to celebrate senior class of 2020 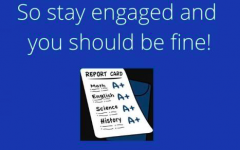 Wrap up the year – stay engaged 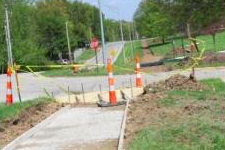 Free for all: This or that

Stores are crowded, resources are thinning, and chaos is spreading. Every mother, father, aunt, uncle and guardian are rushing to get to the toilet pa...