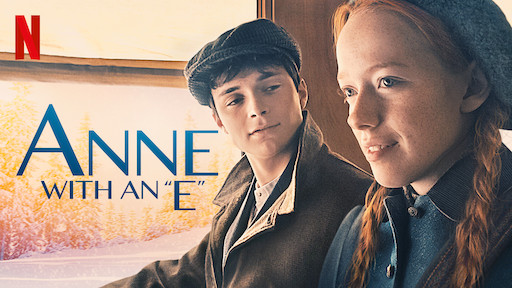 Reimagined as the 1908 classic book series and 1985 film “Anne of Green Gables” “Anne with an E”, a newly released series aired for the first time on Netflix in 2017. Through this retold story, the reality of the late 1890s is captured in a way like no other. Having re-watched this series many times myself, I ultimately fell in love with the unique, memorable historical characters, as well as the profound meaning behind this show.

The series stars an 11-year-old, freckled, red-headed orphan girl, Anne (Irish actress Amybeth McNulty), who was mistakenly adopted by two unmarried, aged siblings Matthew Cuthbert (R.H. Thomson) and Marilla Cuthbert (Geraldine James). Anne forms a new life with them in the household of Green Gables, a vast, grassy landscape overlooked by glistening bodies of water and scenic nature. As the show continues, it mainly bases around Anne’s teenage years, which I found entertaining and relatable, given the fact that I’m around the same age as her. Compared to the 1900s originals, diversity in this show was not held back. Sebastian Lacroix (Dalmar Abuzeid), a colored character of this show, allows the audience to experience a different angle, in which discrimination is addressed through instances where his own respect, work prospects, and access to essential services is limited/restricted. In season three, the Native American heritage is introduced by the character Ka’kwet (Kiawentiio Tarbell) and her parents, in which the show demonstrates the horrors they face as a family through the pressure of the Canadian government and residential schools. In addition, the show incorporates some of their very own Mi’kmaq language and music. I felt as though each of these components enhanced the storyline in an impressive and thought-provoking manner. Another exceptional part of this show is the attention it brings to the common issues within this time period, and its relation back to our world today. Out of the many valuable lessons I’ve learned from this show, some include women oppression, LGBTQIA, freedom of speech, discrimination, bullying, identity, and friendship. Overall, this series is an empowering, witty, uplifting show that will leave you longing for more. Through this show, I felt as though I was transported back in time, where I was able to openly explore the 1890s through the contrasting lenses of each character. If you’re looking for a show with a twist of humor, romance, and adventure I encourage you to give it a shot!