We Have To Talk About Encanto 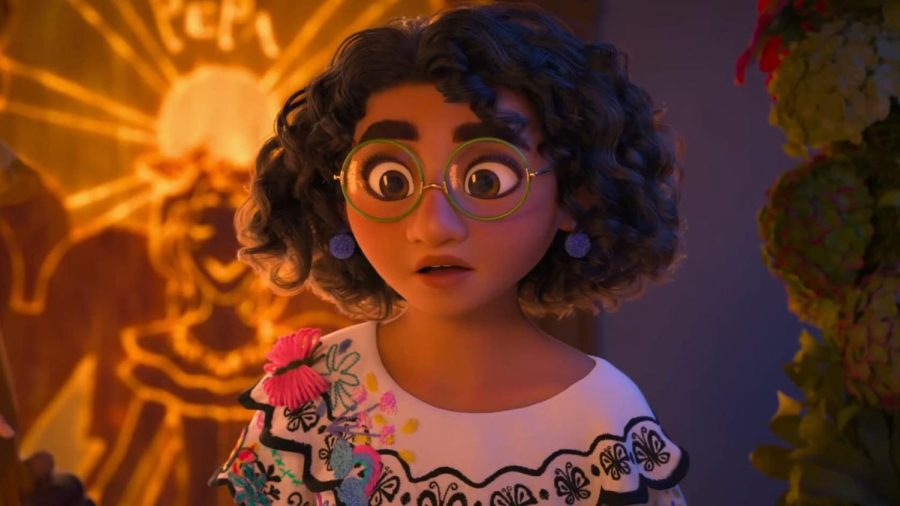 Disney is known for making smash hits across all ages, but I’m not sure anyone could have predicted the collective impact “Encanto” would leave on the internet following its release.

Encanto is Disney’s newest animated film following a multi-generational magical Colombian family of 10, or more closely following one of the grandchildren, Mirabel, who is the “black sheep” out of a family of blacksheep. On her fifth birthday, her “gift ceremony” took place where her magical powers were meant to be revealed but things went awry.

The movie shows Mirabel’s adoration and dedication to her family as she attempts to save their miracle despite having been an outcast due to said miracle. The film is a gorgeous representation of multi-generational trauma that stems from their matriarch Abuela Alma. Each of the children, and subsequent grandchildren, play a huge role in what is a dysfunctional family unit hurt by decades of trauma.

It can be heart-wrenching to watch, especially if you can find yourself through any of the characters and their unique positions in this family dynamic from the “golden child” syndrome found within the eldest granddaughter, Isabela, or the caretaker and peacemaker Julieta, to even the black sheep/problem child trope found within Bruno and Mirabel. The writers did an incredible job of showing their individual pitfalls from the pressure within the family system, and what makes it better is the ending.

In Disney fashion, the ending is hyper-idealistic. However, the closing song “All Of You” sparks the much needed healing process for the Madrigals, hints at a better future for the family on letting old wounds scar over. It’s an important message that can be hard to convey without falling into a more dangerous “family above all, no

The music also played an important part in the story telling of the film and in the following fame of it. All of the songs are written by Lin Manuel Miranda who is most known for the gigantic broadway hit Hamilton and his style seeps through in this movie. The movie’s hit song “We Don’t Talk About Bruno,” which as of Jan. 18 has hit #4 on Billboard’s Hot 100 chart becoming the highest charting Disney animated song even beating Frozen’s “Let It Go,” reminds me heavily of his style in a lot of the Hamilton songs, namely “Nonstop,” featuring an overlapping chorus of the characters singing their individual verses all at once. All of the songs have been gaining a lot of traction online, specifically on TikTok.

Overall the film holds a lot of important representation and important messaging that has hit home for many, and I see this movie being long regarded as one of Disney’s best.