Disney’s newest princess battles her way to the big screen 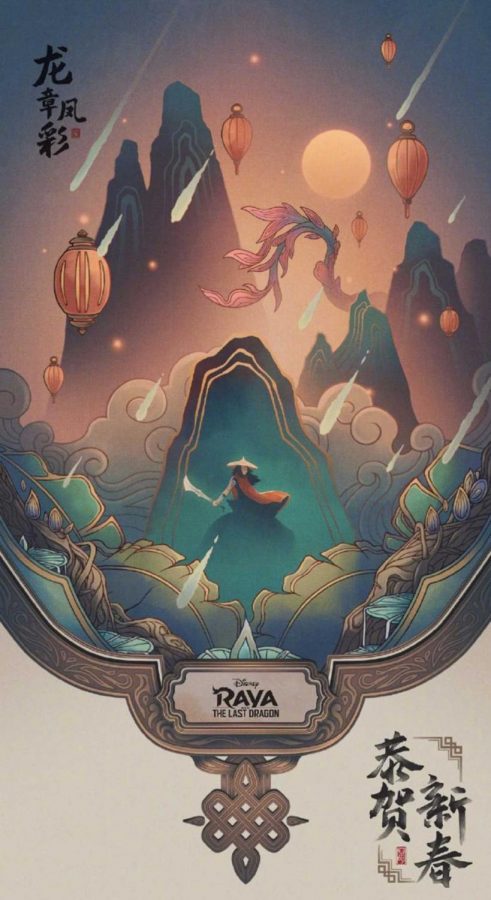 The newest princess to join the long line of beloved Disney Princesses has been introduced. Raya, a warrior who has been thrown into a world divided, has been tasked with finding the last dragon, Sisu, to save the world from the dreaded Druun.

Raya and the Last Dragon was an interesting change of pace. At points, it was quite hard to remember this was a Disney princess movie as it lacked several key points that we’ve come to know as the Disney princess theme. There were no songs similar to the 2012 hit Brave, the animation was heavily based on action-packed sequences rather than slow, home-y scenes that you can typically find, and if I’m being honest the emotional impact wasn’t there for me. One of the main problems I found with the movie that it tried simply too hard to follow what is big right now, action, superhero movies instead of being true to Disney princesses. One of the main appeals is the tear-jerking moments, the strong emotional appeal that they bring that simply lacked in Raya and the Last Dragon.

However, while I found myself a bit lost through the dozens of fighting scenes, there was still a strong message delivered. The main focus for the movie was trust, starting with Raya’s father followed by Sisu the guardian figures who preached trust, trusting one another would be the only way to reunite the lands that had split hundreds of years ago. It’s a fairly common, simple message but it still impactful, and adds some of the emotional depth I was craving from the rest of the movie.

While I enjoyed Raya and the Last Dragon, I left the movie feeling confused as to if I’d just watched a princess movie or a new animated superhero one. It had its ups and downs, but I do think Raya, as a warrior, is a very strong character and the story of the dragons is quite compelling, making the movie worthwhile.