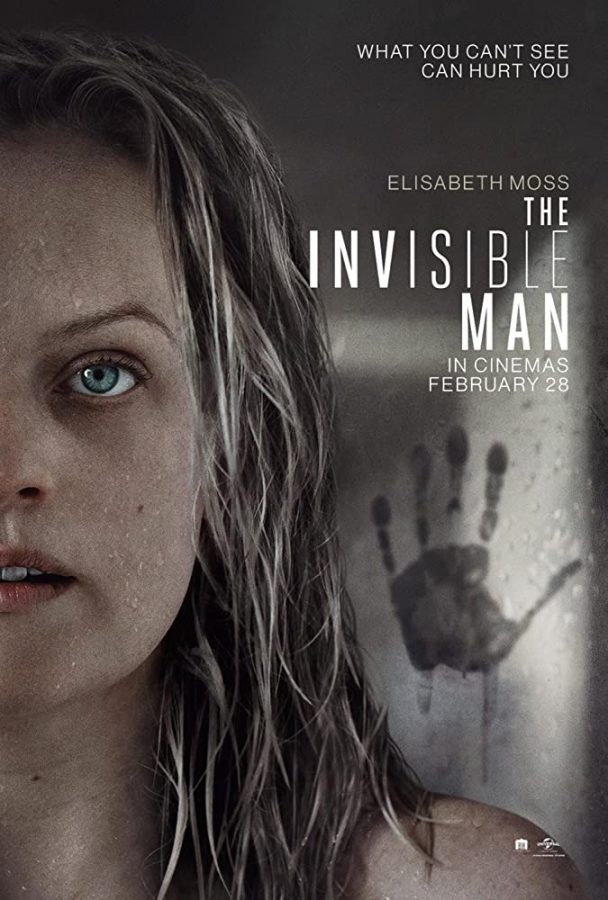 “The Invisible Man” hit the theaters Feb. 24, making more than $123.4 million. Although the movie is brand new, it is not the first of its’ kind. The general concept of the invisible man has been made in many movies, which were first inspired by the H. G. Wells 1897 novel.

This, however, was the first movie I had seen with this storyline. I was excited to see if it lived up to its Rotten Tomatoes score of 91%.

The movie itself is about a woman who runs from her crazy, abusive ex-boyfriend, who stages his own suicide and uses his skills as a scientist to become invisible and terrorize her. When no one believes her when she explains the situation, she takes the liberty of going against him and fighting back.

The movie starts abruptly, leaving a lot of unanswered questions at first, but successfully inciting a serious situation. Actress Elisabeth Moss fulfilled her role excellently, her way of making each scene look so real looked effortless. The movie definitely nailed down how-to bring suspense, as I could never predict what was coming next.

As far as thrillers go, I wasn’t blown away by this film, but I wouldn’t discredit it either. It wasn’t my personal cup of tea, but I enjoyed the experience. It was a high-quality movie, and if you’re into sci-fi, action and a little bit of thriller, this may be a movie for you.