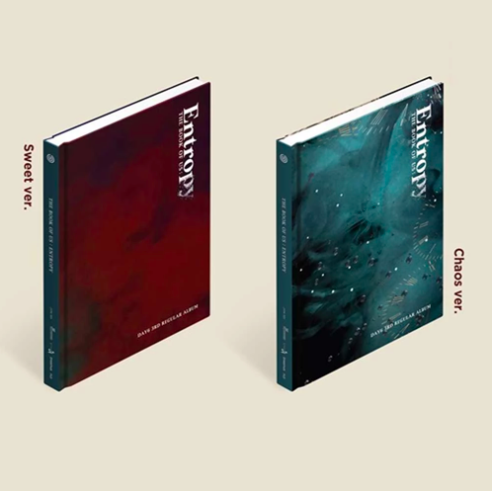 On Tuesday, Oct 22,, Kpop group Day6 came back with their third studio album “The Book Of Us: Entropy.”

The album includes 11 new songs, the title track being “Sweet Chaos.” written by the bassist and vocalist Kang Younghyun, stage name YoungK. This is the song they have been using to promote on Korean music shows, performing for audiences as they go for another win from the weekly shows.

“Sweet Chaos” is a bright song, opening with drums from Yoon Dowoon. A rhythmic beat that makes you want to dance as the vocalists work with the music. All five members of Day6 have sung in some of their songs but their main vocalists are Kang, Kim Wonpil, Park Jaehyung, and Park Sungjin. They sing in turns, building the music to fit the title. “Sweet Chaos” is very fast-paced and exciting, almost fitting to the ‘chaotic’ name.

The next track, “Emergency,” continues the upbeat tone of the album. The song quickly builds tension with an almost chant of “breathe in, breathe in, and out and in and out,” something repeated throughout the song. This tension building would put a crowd together, fan chants something common in Korean where fans chant specific parts of the lyrics with the band. This song follows “Sweet Chaos” continuing the chaotic tone, very upbeat and makes your heart pound as you listen to the vocals mixing with the strong bass throughout the song.

Many of the tracks on this album are similar to pop-punk, several of the members having western inspirations. Park Jaehyung grew up around western influences, being raised in California, which sparked his love for music. You could draw comparisons to Fall Out Boy and Paramore among other pop-punk legends, but also boxing them into those holes does a disservice to Day6.

“Rescue Me” is the next track and compared to the other songs, with closer to pop-punk sounds. “Rescue Me” opens very heavily. Drums and guitar creating a big wall of sound from the start. It creates a contrast with Kim Wonpil’s higher and softer vocals which open the lyrics. This song is an attention-getter.

This album is quite different from their previous albums, much like many talented bands each album is unique. This sound is very close to pop-punk favorites. Day6 is different from most kpop groups as they play instruments, rather than dance on stage. This makes them well-beloved, especially among fans who like a harder style of music

“365247” is the fifth track and the first track with vocals from Yoon. It’s a fan favorite due to the unique deep voice from him as well as the upbeat dance-pop vibe the song has. As well as the repetition of the title, “365247” which is easy for international fans to repeat and sing along.

Overall, this album is a very good representation of the member’s talents, all of them participating in the making of the songs at some point as well as simply performing the songs as a band. Day6 worked hard to make this album and the future for them is very exciting.